Get 3 Free, No Obligation Quotes in 60 Seconds

Save on Replacement Windows Today

Compare prices on brands including

Did you know that humans have been making glass since 3600 BC?

Fast forward to 100 AD, and the first glass windows were created by the Romans. After another 1,800 years, the jalousie window was invented.

Jalousie windows aren't that common nowadays, but they were a very trendy window type during the 40s, 50s, and 60s.

Jalousie windows have a specific list of pros and cons that make them more suited to some areas than others.

Keep reading to find out everything you need to know about this interesting window type. 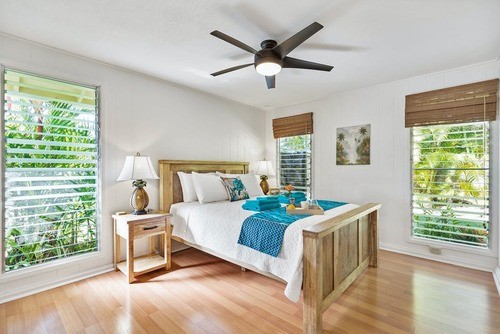 What Are Jalousie Windows?

Jalousie windows consist of multiple slats, usually made of glass. The glass slats are positioned horizontally, with a slight overlap. A crank and track system allows you to open the slats.

Most jalousie window slats can open up a full 90 degrees, which gives you an unobstructed view of the outside.

The jalousie window was originally patented in 1901, but it was only in the 1940s that the public started to embrace the new window style.

After that, jalousie windows enjoy a few decades of high popularity, until they started losing momentum as a design element and gave way to the more modern casement windows that dominate today.

Because jalousie windows were popular during the mid-1900s, they also have ties of association with the mid-century modern interior design style.

One of the reasons that jalousie windows fell from grace was that air conditioning and climate control became the norm in the US. One of the main advantages of jalousie windows is they provide enhanced ventilation. As people turned increasingly to HVAC systems to keep their homes cool, the demand for jalousie windows dropped.

Most jalousie windows contain glass slats, but some designs feature wooden, acrylic, or even aluminum slats. Acrylic gives a similar look and feel to glass but is stronger.

Wood and aluminum jalousie options are more like shutters rather than windows.

One of the primary benefits of jalousie windows and their louvered design is enhanced ventilation. Jalousie windows let in a lot more airflow than most other types of windows.

This makes them very well suited to hot climates where lots of airflow is essential.

The way jalousie windows function also allows you to have them partially open during rain showers. Once again, this is ideal for hot, humid conditions where having to close up all your windows during a rain shower can make your home stuffy and hot.

If you live in a predominantly hot area, installing jalousie windows can significantly reduce your cooling costs, and with that, your carbon footprint. Reports show that space cooling accounts for 10% of energy use in the US.

Besides allowing lots of air movement, jalousie windows are also great for deflecting light rays. While they allow large amounts of light into a room, they deflect the actual rays when open, which helps to regulate indoor temperatures.

Another advantage of jalousie windows is that they offer enhanced privacy. Depending on the angle at which you open the louver strips, it can be very hard for people outside to see in, thanks to the reflective properties of glass.

From the inside, however, you will still get a clear view of the outdoors.

They Create an Interesting Retro Look

Last but not least, jalousie windows also bring a unique, interesting, and retro look to spaces. As mentioned above, they are iconic to mid-century modern interiors and can be a great design choice if this is the interior style you are going for.

Although they have a lot of pros, jalousie windows are not without their drawbacks. Before you hit go on installing modern jalousie windows, here are some of the potential cons you need to know about.

However, even if you install the latest modern jalousie windows, they still offer relatively poor insulation properties, unless double glazed.

Besides cleaning the glass, another essential upkeep task is cleaning out the tracks and metal jalousie window parts. If these get clogged with dirt and grit it can impact their function and speed up corrosion.

They Can Require More Maintenance

Jalousie window parts usually require more maintenance than simpler types of windows. The tracks, clips, and crank system can be prone to rust and corrosion, especially in humid environments.

On the flip side, one of the benefits of jalousie windows is that if the glass breaks, you usually only have to replace a strip or two, not an entire pane of glass.

Jalousie windows also aren't as secure against forced entry as other types of windows. However, many modern jalousie windows are designed to be harder to break into than older versions.

If security is a concern, look for a jalousie window design that lists enhanced security as one of its features.

Jalousie windows aren't highly expensive, and cost between $175-$375 per unit. Labor costs for installing typically run to about $38 per hour on average.

Are You Thinking of Installing Jalousie Windows in Your Home?

Jalousie windows can be an ideal choice in climates where average temperatures remain high all year round. They are superb at allowing in ventilation, while still keeping out the rain and looking retro and stylish at the same time.

We know how time-consuming it can be to get multiple quotes from installers individually. To save you this trouble we can match you with qualified professional window installers in your area.

The best part? it only takes 60 seconds when you fill out the form at the top of this page

The Latest From Our Blog